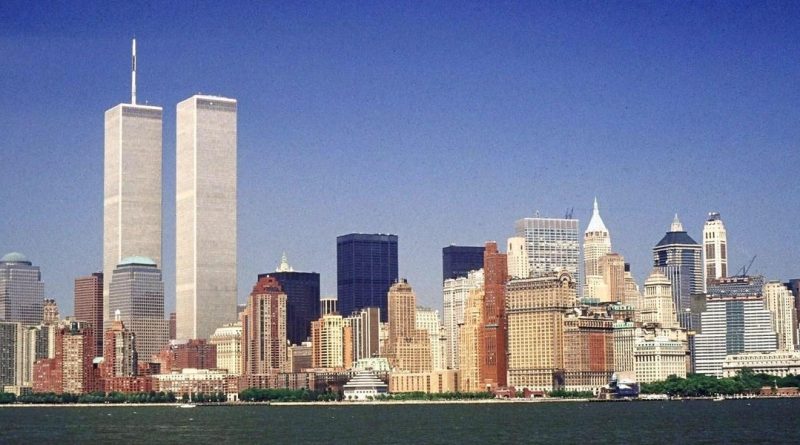 “A plane just crashed into the World Trade Towers.”

That’s what the postal worker said matter of factly as he passed by the one at the counter helping me and how I heard about it.

I’d been up and ready for work unusually early that Tuesday morning and with extra time ran across w 52nd to the post office for stamps. On the way back home, I figured a single engine plane had had an emergency. As I grabbed my bag before heading to work in the theatre district, I turned on the TV quick to see how bad it was.

“Mom a plane like a jet just crashed into one of the Trade towers and exploded!  I think it’s the one we had dinner at the top of last year. It’s on fire!  Do you have a TV at work anywhere?  Call me back.”

Hanging up, I fixated in disbelief on the aerial view of the Twin Towers as one billowed an enormous streak of thick, dark grey smoke from a hellish gash into a serene cloudless azure blue sky.  But the mesmerizing image was shattered by the enormous fireball that exploded from the second tower behind.  It happened so fast, at first no one noticed the jet flying into the scene.  A reported on the phone was the first, telling her station, “Replay the tape 30 seconds before.  Watch off to the right.  It was another plane.”

Subject: The Other Tower Has been Hit!!!

Another plane just hit the other tower!  They’re BOTH ON FIRE

Don’t know what’s going on. This is BAD

Tried calling you again but wouldn’t go through.  Hope you get this.  Will keep you posted.  Not going to work.

Twenty years later, there are memories etched so clearly as to be yesterday and new revelations made. For instance, I’d never realized until now how short it was between the planes hitting the towers,17 minutes. Before social media that was no time at all, but enough for me to I have heard about the first, secondhand no less, then go home and witness the second.

Just got out of meeting

I continued watching the news coverage on television, but with each passing minute and every replay of the explosions, the unfolding disaster in my backyard looked more surreal, looked like a Hollywood “movie of the week” than reality.  Then came the announcement: “A plane has just crashed into The Pentagon.”

Now Washington DC… Are we under attack?  America?  What the fuck is going on???

Another plane has just crashed into The Pentagon too

There’s that moment when all the professionalism in the world isn’t enough to cloak when journalists and reporters are sharing the same shock and disbelief everyone is witnessing together in real time.  Those moments kept piling up into minutes trying to make sense of it all until the incomprehensible happened.  The south tower collapsed before our eyes in cloud of dust.

One of the towers just collapsed! It’s fucking gone!!!

Do you know how many thousands of people work there???

I couldn’t believe what I was seeing.  It didn’t seem real.  It looked too “perfect” too “staged” too “made for television.”  But I knew it was but I had to see it for myself.  I changed into shorts and grabbed a disposable camera.

I’m going out.  I need to see this for myself

I’m only walking far enough south as I need to get a clear view of the other tower.

I’ll still be miles away from it.

Will email as soon as I’m home

One thing everyone who was in New York City on September 11th remembers is the weather.  It was pristine. So much so that on those exceptionally rare days since, when there’s brilliant sunshine, the ideal temperature, and no humidity, it causes a tactile, visceral flashbacks to every emotion and memory.

I headed south down 8th Avenue towards lower Manhattan.  I later learned the hijackers on the first plane used it as their guide into the north tower and had passed by the post office where I was buying stamps.  It was a strange culture shock being outside on the street because everything was normal; everyone was going about their day as usual.  There was no sense of shock at what had happened or fear of what might happen next.  Even by New Yorker standards it was freakish; somehow, they weren’t aware what had happened?

As I continued walking, I kept trying to process what I had just happen at the World Trade Center and that I’d been there twice in the last few days.  Saturday afternoon on a trip to Century 21, I’d come up into the WTC shopping complex.  It had a fabulous, new pop-up Halloween store I wanted to come back to next month.  The following evening, I was on gay tea dance that sailed around the end of Manhattan.  It was twilight when we went by the Twin Towers. The boat paused for a moment to let us enjoy their mammoth silhouettes and shimmering lights in the skyline, unaware the sun would set on them only once more.

When I got to where I could finally see the north tower in the distance, it was in the crowded intersection of 28th Street and 6th Avenue.  Everyone there was aware of what had happened.  Looking where the Twin Towers stood, there was only one and it had smoke pouring out of it.  It really was real; it had happened.  As I reached down into my pocket for my camera, a woman behind me screamed.  I looked up and saw the second tower collapse and disappear.

Having just watched the first tower fall on television, it still never occurred to me, I never imagined when I went out “to see for myself,” that I’d witness the second tower fall.

We stood there, some crying, some hugging each other, and some of us looking at each other like “did you see that too?”  We were all lost together in that place on a perfect day of horrific tragedy.  We stood there with each other together.

Within a few minutes a dark sedan came up 6th Avenue, away from what was now Ground Zero, and pulled up next to me as it stopped for a red light.  It had a portable police light stuck on its roof and the entire car was covered in inches of grey dust with sheets of paper sticking out.  The windows were rolled down and I looked at the faces of three men inside. The look was of men who had seen things no one should see.

That was the point, when my brain clicked back to reality. “Get out of here. GO This is VERY BAD.  Get home.”  I quickly headed across to the westside to avoid traffic and congestion.  I started thinking, “What’s next?  They’ll close the city.  Need to stock up on essentials.  Stop at the store.”  Big Apple Meat Market was deserted when I arrived; as I picked up my bags to leave and looked back, the checkout lines stretched as far as I could see.

Signing on to email my mother when I got home, I found my inbox filled with numerous “Roll Call” emails since phone service was out. Each one had dozens of NYC recipients asking us to reply and let everyone know we were safe, sound and accounted for.  I sent out my own and all replied quickly except for one of my roommates who worked in lower Manhattan.  Of all the roll calls and recipients, he was the only person no one was hearing from.  By this time, it was after noon and we’d all been seeing the images of people running for their lives from the clouds dust and debris.

It was almost 2:00 when we heard him come in the front door.  He’d been part of the mass exodus of people walking out of lower Manhattan, up the FDR Drive and then across town to Hell’s Kitchen.  Everyone we knew was accounted for but with that came the realization of the true scope and gravity of what had happened.

There are times when we realize we’ve turned a page in history or started writing a new chapter; but that afternoon as the story about the fourth plane in Shanksville was reported and the apparent coordination of the attacks, countless pages had been ripped out, and we were beginning an unexpected future.  In catastrophic disasters, there are casualties which can be measured in numbers: deaths, damage etc; but it’s the immeasurable, existential consequences: sense of security, way of life, mental health etc. which are insidious, hard to heal, and can go on in perpetuity.  I knew we had no idea what was ahead anymore.

An email from a friend asked if we were still on for dinner, I figured I needed to eat so I said sure.  By the time we met up, the streets of New York were deserted.  We stood in the middle of 9th Avenue at rush hour looking up and down the vacant street.  The breeze had started shifting directions and was coming from downtown, and we could smell the acrid smoke from the fires at the pile.  When we walked in the diner, they looked at us like, “what are you doing here?”  I think they closed for the night after we paid our check.

At the end of the 11:00 ABC 7 News, anchor Bill Ritter said something to the extent of

“It’s been a long and terrible day for all of us. One we’ll never forget.  But it’s been especially hard for the New York Fire Department.  They’ve been working all day, probably haven’t eaten, and will be working all night digging to find those buried in the rubble.  Keep them in your thoughts.”

On my way to work every day  I walked by the Midtown Firehouse, Engine 54/Ladder 4/Battalion 9 aka the Broadway Firehouse whose motto is “Never Missed a Performance.” Realizing they “probably haven’t eaten,” I went to the corner bodega, bought bread, tuna fish and Oreos, came home, made sandwiches, and headed out again.

Walking down 8th Avenue, I saw three guys standing in the light outside the firehouse.  As I got closer, I saw their FDNY shirts and felt my stomach knot.  This was going to be intense.

“Hi, I know it’s been a really horrible day and how hard you all have been working. I heard you guys might be hungry.  I made some sandwiches and there’s Oreos, if you feel like eating.”

I handed them the bag and shook their hands as they said thanks.  Then one of them looked at me and said defiantly, “they’re all coming home.”

What I didn’t know until later was their entire night shift of 15 men had gone out to answer the first call at WTC.   They were all killed in the collapse, and their house had suffered the greatest loss of life of any in the city.

Over the next few days, I heard from relatives and friends, some of whom I’d lost touch with and hadn’t heard from in years.  I was just shy of my fifth anniversary of having moved to New York City and several asked, “are you ready to move back home now?”

I began writing this yesterday, September 10th, so I am as in awe today as anyone in New York City.

Remember the part above about the “pristine” weather on September 11th?  If you haven’t heard, we woke up twenty years later to another perfect day today.

Whether it hurts or heals depends on your perspective; but I happen like circularity.

Besides, it’s one of those “only in New York City” moments that we all live for. 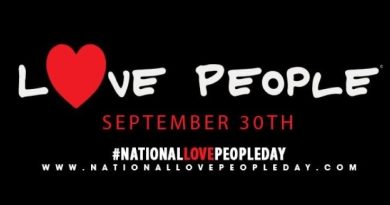 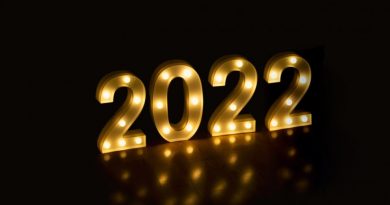 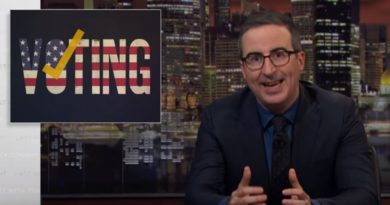 VIDEO: John Oliver, Can America can trust its Voting Machines?