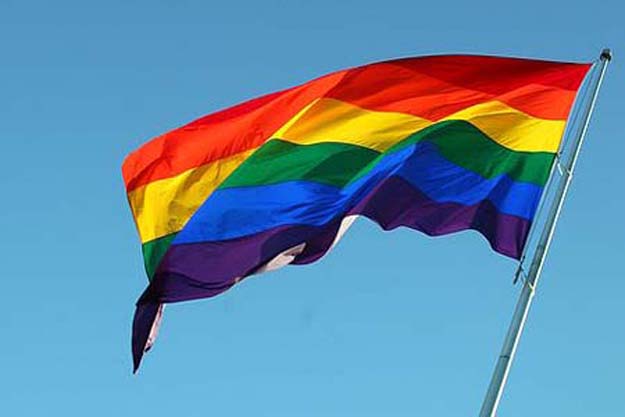 Quite literally, a labor of love, the Pride Flag was first raised over San Francisco’s UN Plaza on this date in 1978.  Prior to then, the only emblem of the LGBT Community had been the “pink triangle,” a Nazi symbol of internment and extermination until Gilbert Baker unfurled his Rainbow Flag in celebration of San Francisco’s Gay and Lesbian Freedom Day that June.  His vision of a new unifying emblem of the LGBT Community has become a globally recognized symbol. 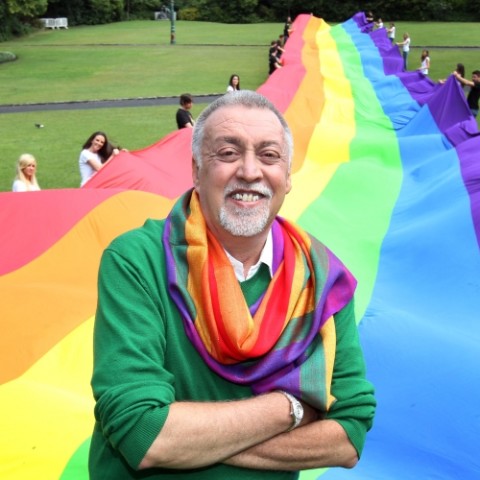 His rainbow flag was, is, and always will be a gift to the Community he loved and fought for tirelessly.  He never copyrighted, trademarked, or earned any royalties from his most visible creation. It belongs to each and every individual in our Community and unifies us together as one. 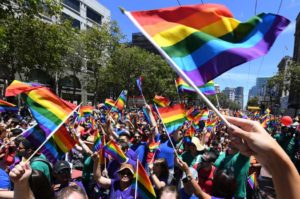 An honorably discharged army veteran, Gilbert Baker became an activist and vexillographer designing flags and banners for various causes around the world including anti-Vietnam protests.  In the beginning… One of the first of Pride Flags raised in San Francisco was a gay “stars and stripes” design seen here being raised by Gilbert Baker himself. 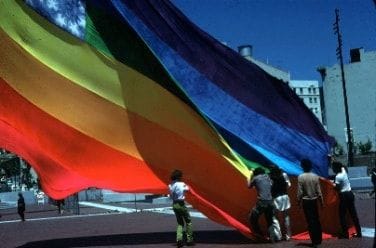 The more popular recognizable design was the rainbow stripe pattern, originally containing eight colors.  The material for the flag were hand dyed on the roof of the San Francisco’s Gay Community Center, dried at the local laundromat, then sewed together.  Baker chose the icon rainbow because it was naturally occurring symbol of unity with each color having its own unique meaning. 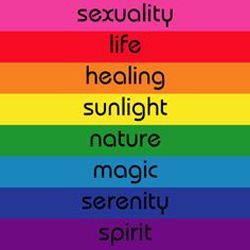 In 1979 the fuchsia and teal stripes were removed from the design, because at that time material in those colors was too cost prohibitive to mass produce in a flag.  Thus, today global recognized iconic six stripe flag was born. 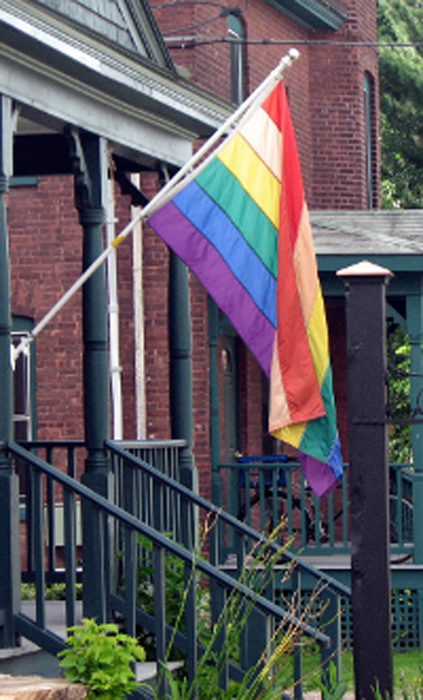 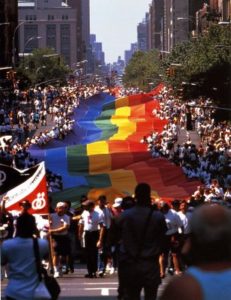 Commemorating the Pride flag’s 25th anniversary; he broke his own record in Key West with a Rainbow Flag stretching from the Gulf of Mexico to the Atlantic Ocean in 2003.  Afterwards, sections of it were sent to be flown over more than 100 cities around the world.

Gilbert Baker’s rainbow vision of inclusion and Community has become a global symbol for the fight for LGBT+ civil rights and equality even in Russia where it has become illegal to display it.  But faced with violence and arrest, they find the courage to do it anyway.

New York City’s Museum of Modern Art acquired Gilbert Baker’s Pride Flag for its permanent collection.  On June 26, 2015, the same day as the SCOTUS Marriage Equality Ruling came out, it went on display.  Read the account from MoMa HERE 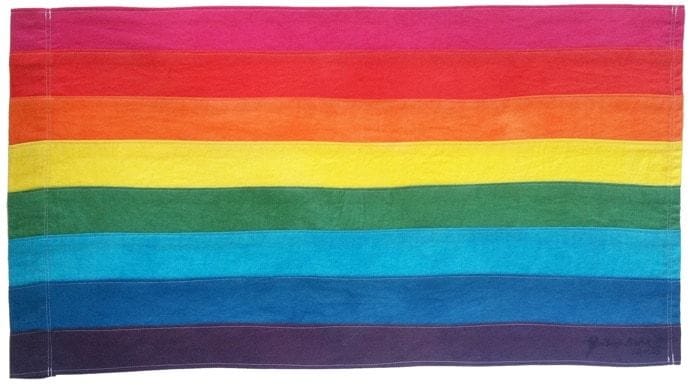 On June 9, 2016, He was invited to the White House for a reception celebrating LGBT Pride Month, at which President Barack Obama announced the Stonewall Inn as a National Monument.  Baker presented the President with a hand-dyed, cotton Rainbow Flag.

TheOUTfront proudly presents just few of our favorite Rainbow Flag inspired works in tribute and gratitude to and in celebration of his gift to our Community.

Six years ago, Playbill made history with its first-ever commemorative Pride print issue—the first time in its 131-year history.

This year’s edition reflects not only the rainbow flag but the celebration of Stonewall 50.

Artists interpretations of the Pride Rainbow are everywhere. 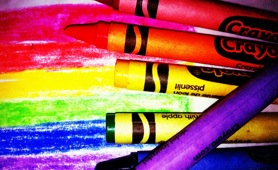 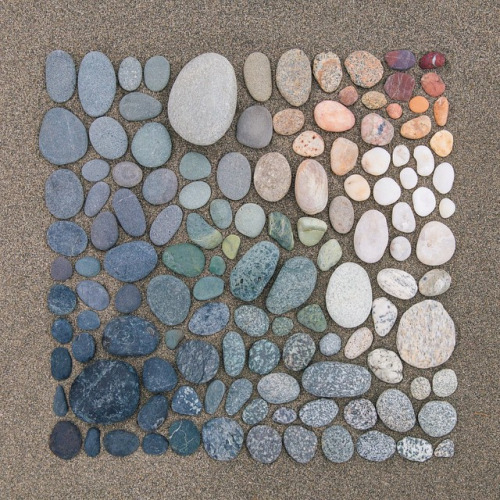 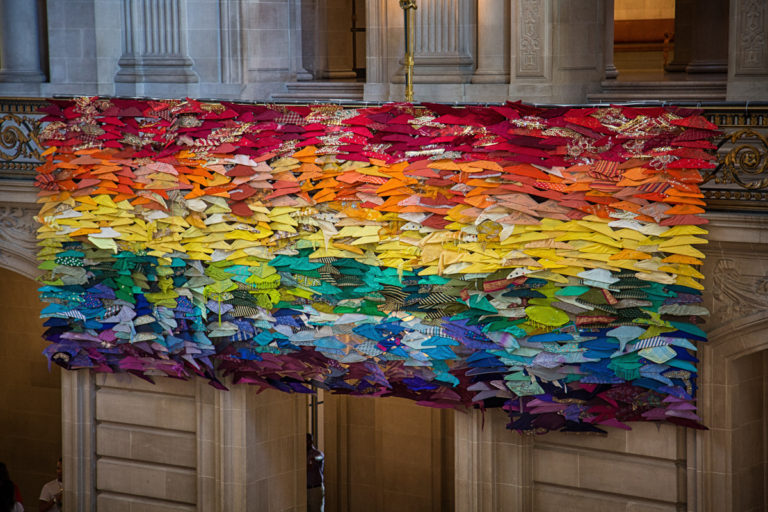 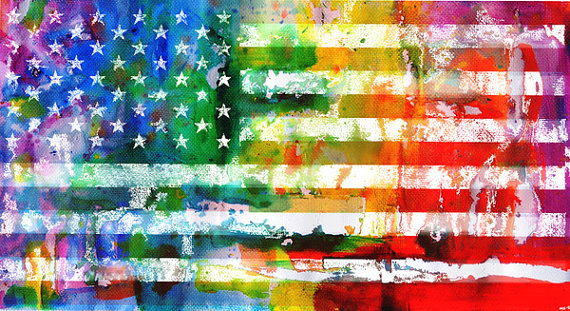 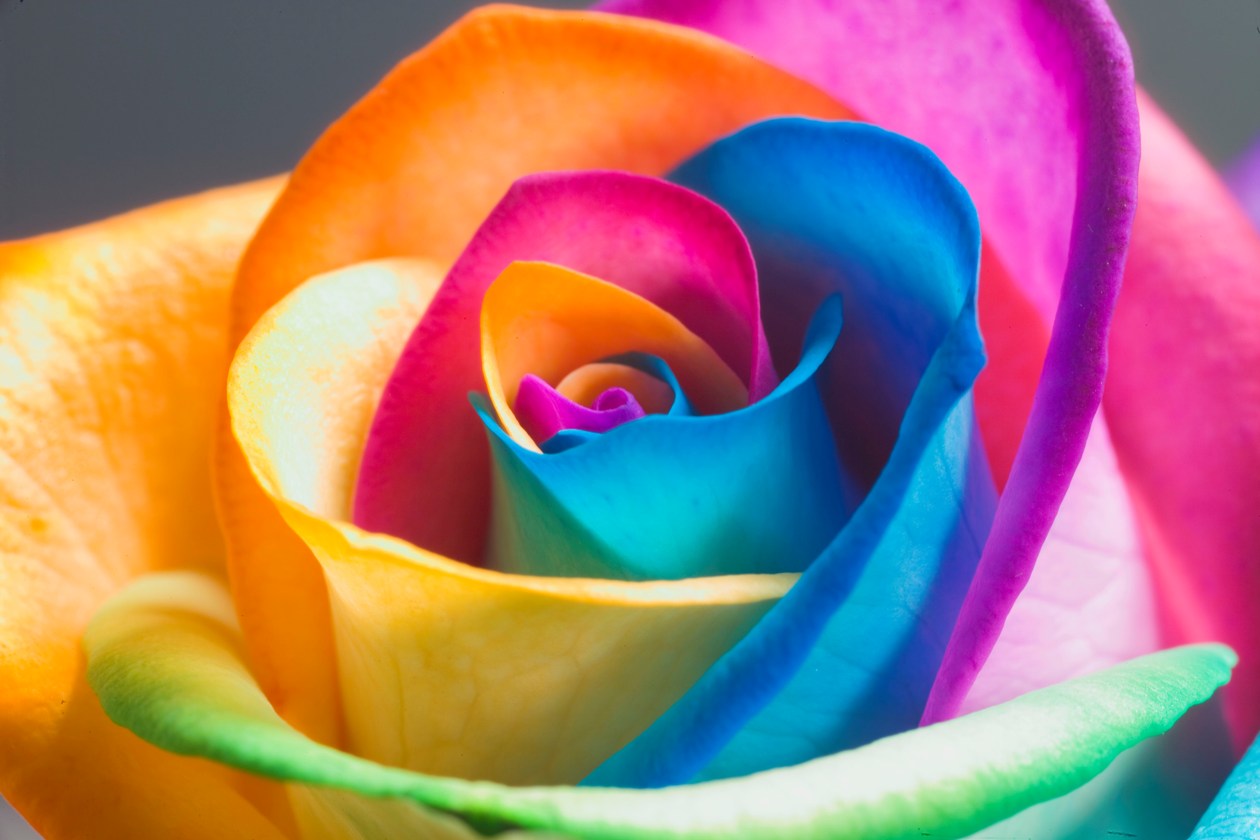 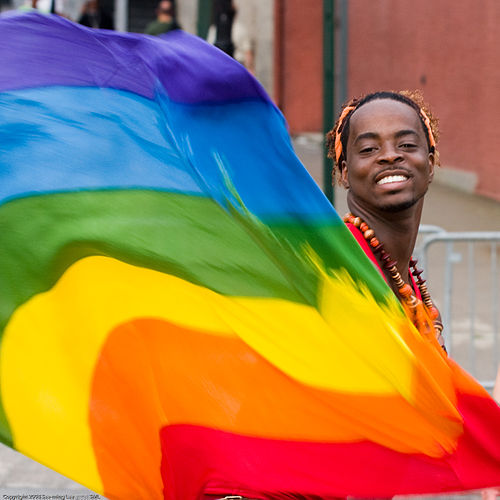 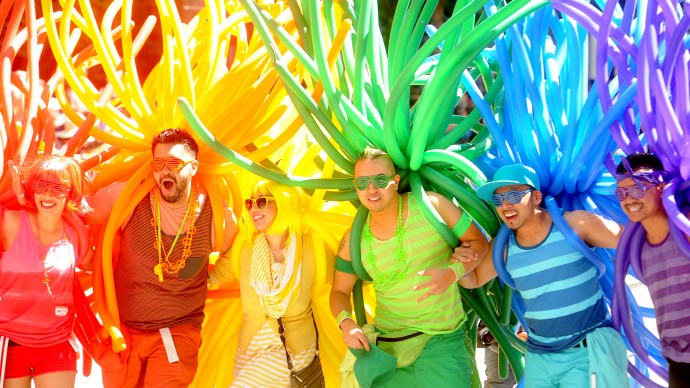 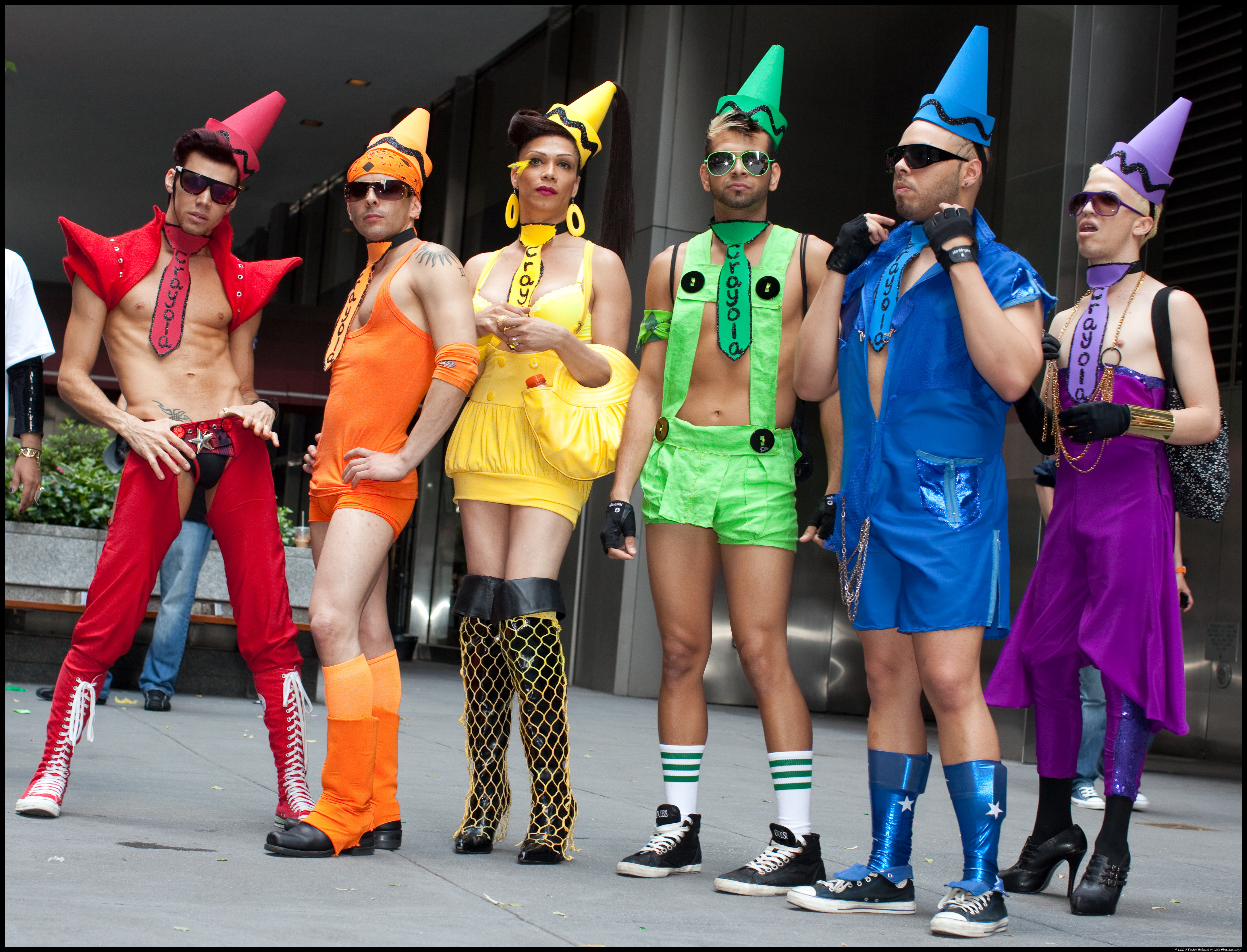 Since they first flew proudly in 1978, the pride colors have been used as messengers of protest, 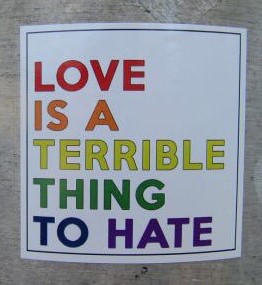 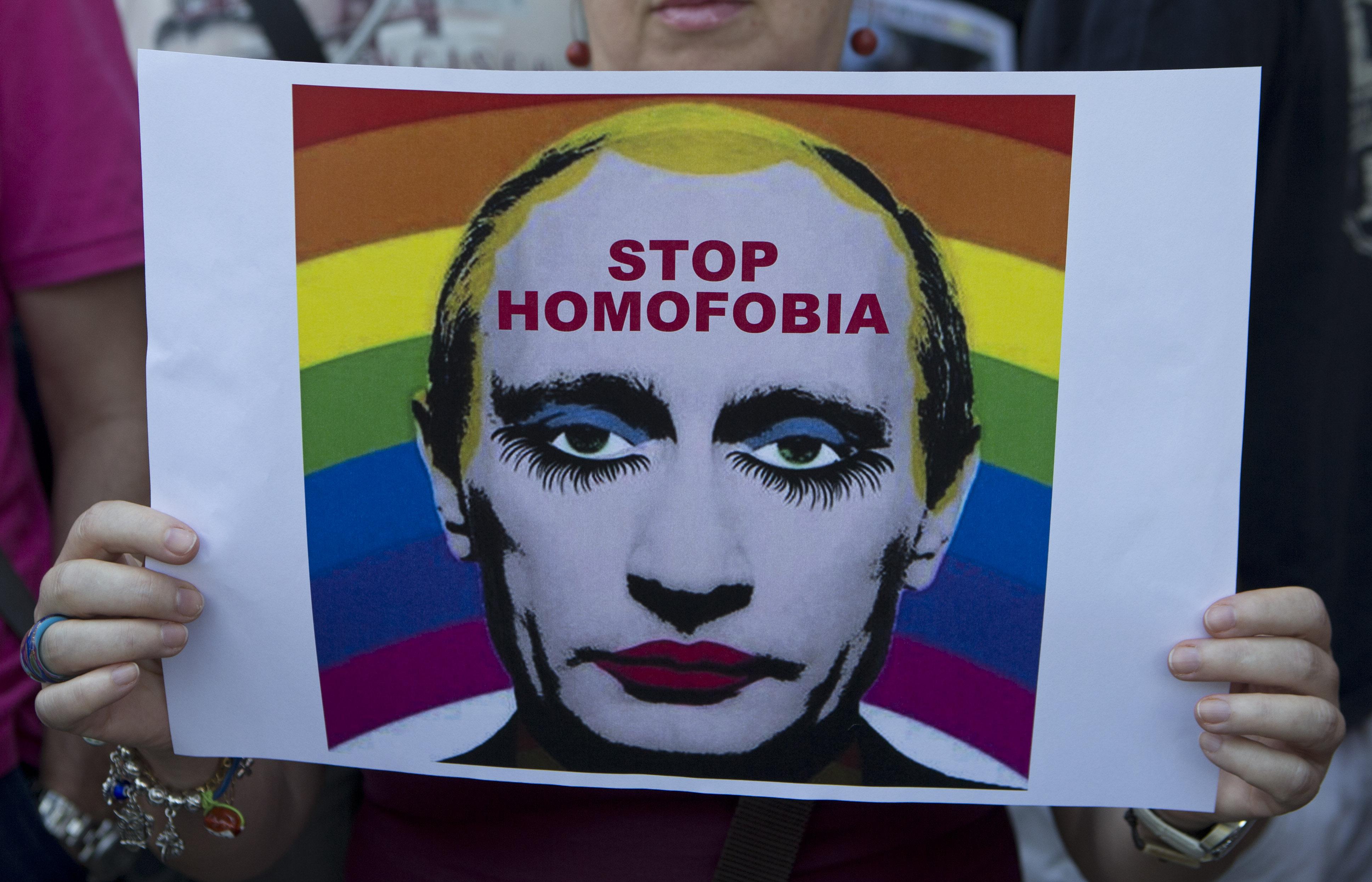 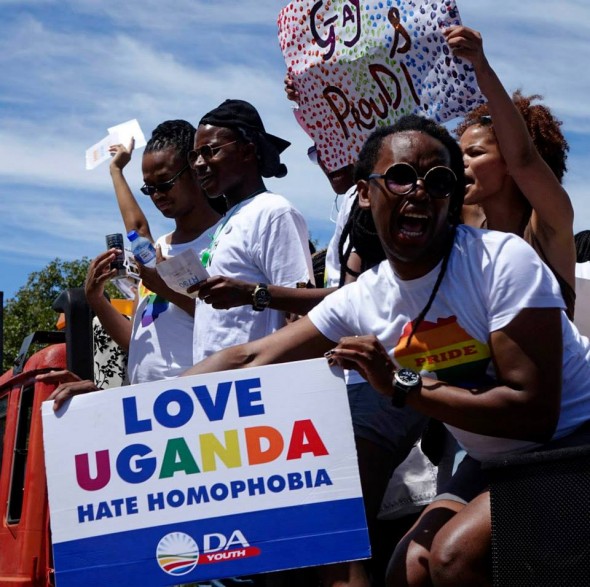 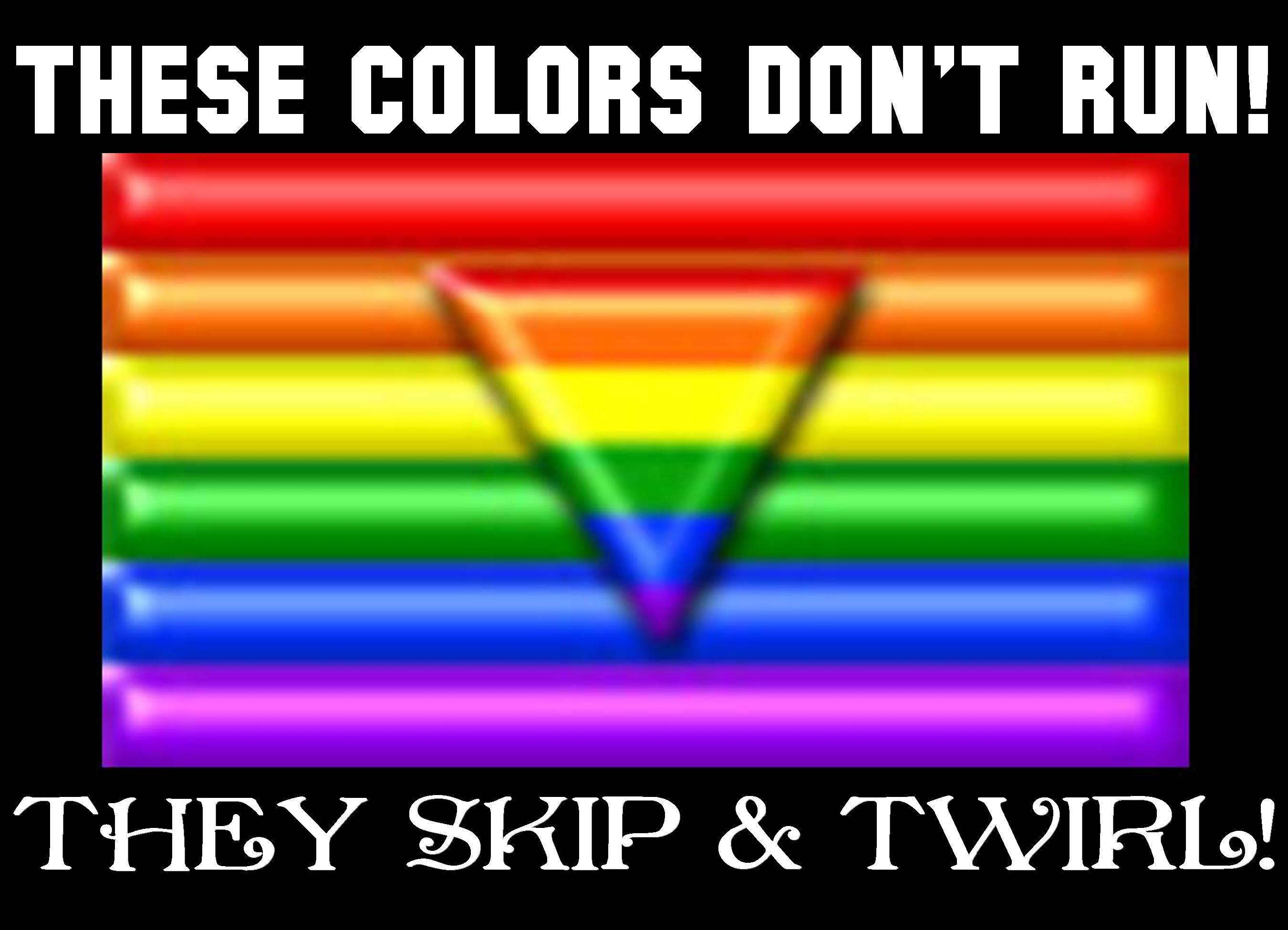 and to light the night for equality around the world… 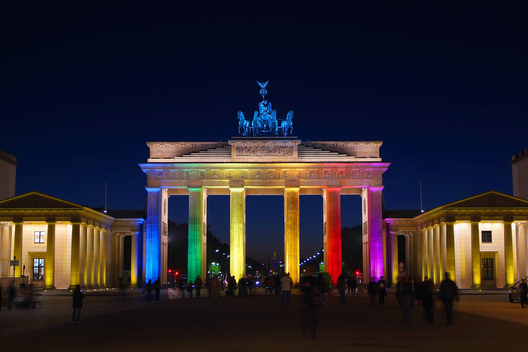 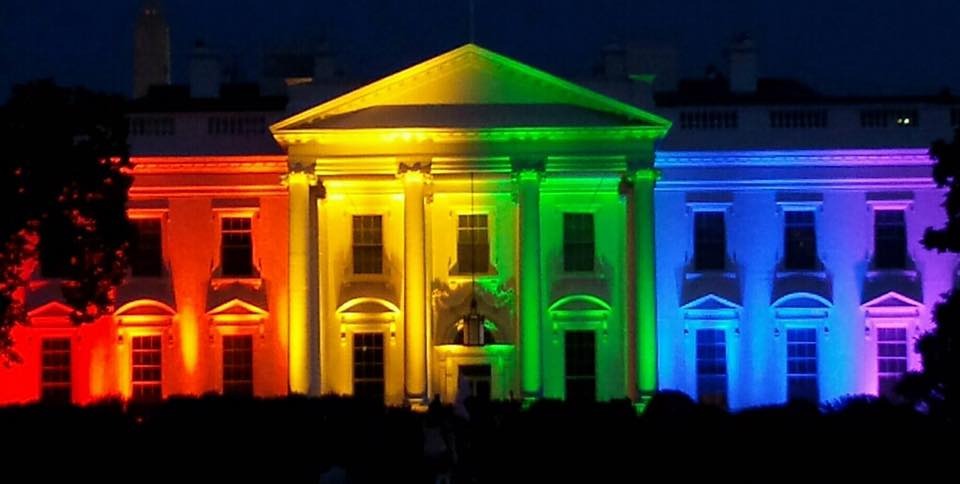 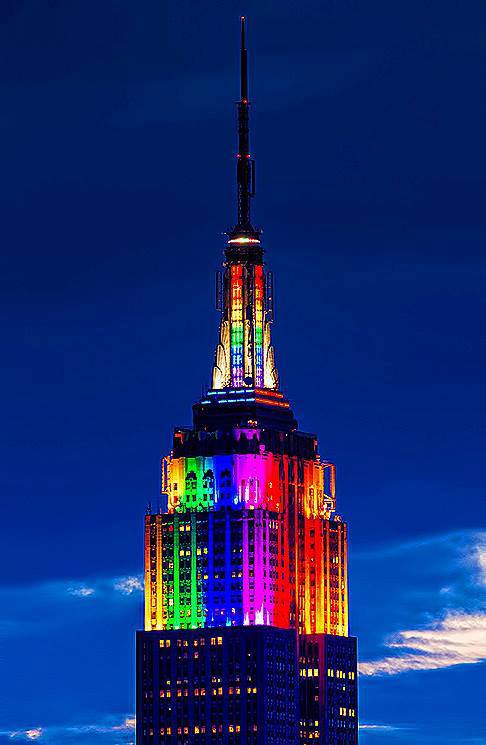 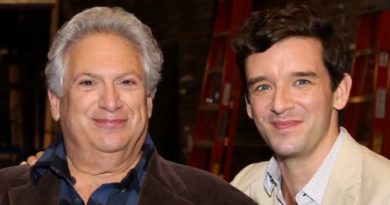 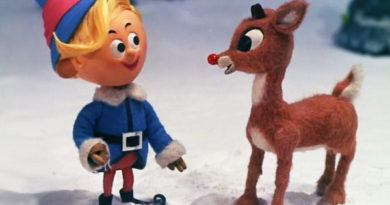