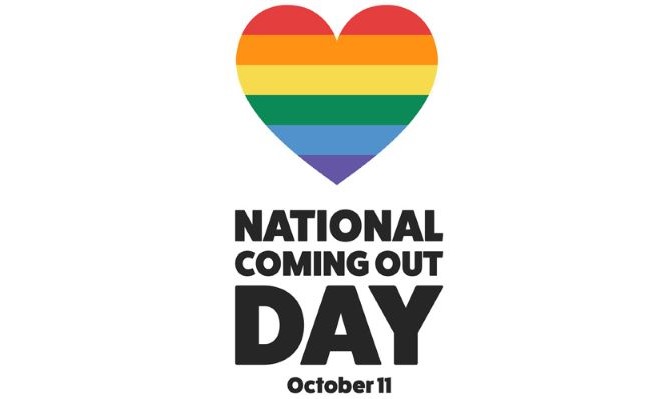 The first observed National Coming Out Day was on October 11, 1988, the anniversary of the “National March on Washington for Lesbian and Gay Rights.” It serves as a reminder that one of our most powerful forces for change is visibility as individuals in a Community as well as supporting those just publicly stepping into their full human identities. 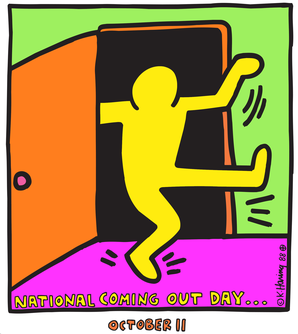 Oddly this is theOUTfront’s first post dedicated to National Coming Out Day.  With the tremendous advances in Civil Rights in the last decade or so, and today’s LGBTQ youth having inspired courage and social media support, National Coming Out Day had become somewhat passe.  But almost overnight, that reality has not just come under threat but active fire from the New Right, conservative controlled State Houses, school boards, and alt-right militia groups who disrupt events and children’s story hours.  Coming out and being visible has never been more important than it is right now.  As individuals and as a Community in order to be heard we must be seen.

“Only by speaking out can we create lasting change. And that change begins with coming out.”
– DaShanne Stokes

Since the first Coming Out Day thirty-four years ago, our Community has grown, not only in size, but in the expanding spectrum of identities under our rainbow of inclusivity. Yet regardless of which word best describes your sexuality, pronoun best fits your identity, or as disparate as they may seem from each other, we all have one experience in common – we all had to come out.  Everyone has their own unique and personal experience coming out, whether good, bad, traumatic, joyful, uneventful, liberating, etc.

No matter our differences as a Community, we all can identify with that event because it is unique unto us.  Nobody ever had to “come out as straight.”  What’s more, it’s empowering because no matter the reaction or response, you’ve told the truth, your truth and the truth does set you free.

“The single best thing about coming out of the closet is that nobody can insult you by telling you what you’ve just told them.”

That’s not to say Coming Out is always easy or quick or sometimes has consequences, but ultimately it is worth it, because it allows you to live your life as yourself.  It can take a lot of courage and everyone’s journey to that moment is their own, on their own time and place.

“To be yourself is truly a revolutionary act, and I think more and more people should try it, because it’s gotten me a pretty cool life.”

Personally, I was a “late bloomer” and didn’t come out until I was 28.  When I did, every friend I told smiled and said, “what took you so long?” They all knew me better than I knew myself, gave me the space to figure it “out,” and couldn’t have been happier when I did.  My Evangelical relatives were another story; but I was smart enough to know there was nothing to change and strong enough to know those relationships were toxic and move one.

“To be yourself in a world that is constantly trying to make you something else is the greatest accomplishment.”

No matter what age someone comes out, or how they come out or come out as, they need to know we’re here waiting for them with open arms and hearts.  During this regressive era of hate, discrimination, and silencing, coming out has become scary in ways many of us never had to deal with or imagined.  The best thing we can do today is make safe spaces for all those who are ready and let those who are getting ready know it’s going to be more than OK.

“You’re only 12 Just know that you’re special and someday you’ll feel that too and everything will be OK. When you’re ready start living your truth That’s when the magic happens.

With lots of love & tremendous pride,

– Gio Benitez, “Letter to Younger Self”

To our new family members just Coming Out, 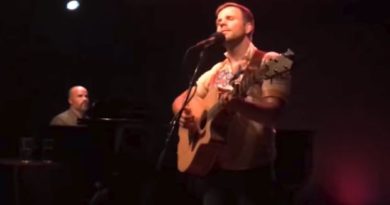 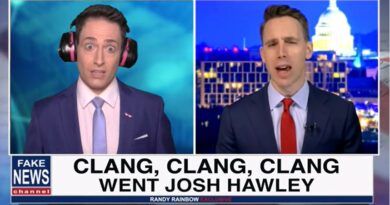 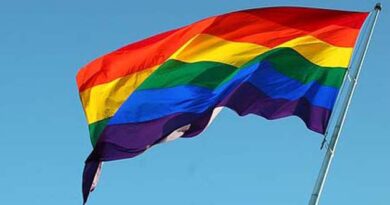