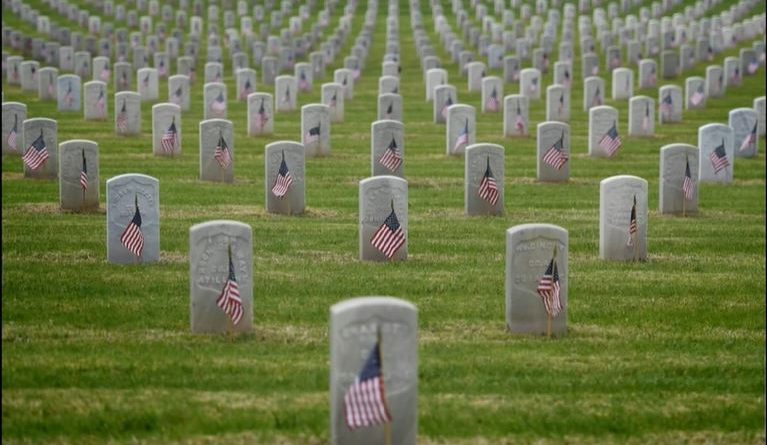 The earliest report of an annual observance honoring fallen soldiers, then called “Decoration Day,” dates back to the end of the Civil War.   According to an article from The New York Tribune that first “Memorial Day” was held in Charleston, South Carolina when African Americans, mostly former slaves, gave 257 Union soldiers a proper burial.  The Black community then consecrated the new cemetery with “an unforgettable parade of 10,000 people,” led by 3,000 Black school children.  It occurred on May 1, 1865, barely two weeks after the assassination of President Abraham Lincoln.

Eighteen months before his death, President Lincoln dedicated the Soldiers’ National Cemetery in Gettysburg, Pennsylvania with 271 words which have echoed through the ages but no more loudly than they do today.

Four score and seven years ago our fathers brought forth on this continent, a new nation, conceived in Liberty, and dedicated to the proposition that all men are created equal.

Now we are engaged in a great civil war, testing whether that nation, or any nation so conceived and so dedicated, can long endure. We are met on a great battle-field of that war. We have come to dedicate a portion of that field, as a final resting place for those who here gave their lives that that nation might live. It is altogether fitting and proper that we should do this.

But, in a larger sense, we can not dedicate—we can not consecrate—we can not hallow—this ground. The brave men, living and dead, who struggled here, have consecrated it, far above our poor power to add or detract. The world will little note, nor long remember what we say here, but it can never forget what they did here. It is for us the living, rather, to be dedicated here to the unfinished work which they who fought here have thus far so nobly advanced. It is rather for us to be here dedicated to the great task remaining before us—that from these honored dead we take increased devotion to that cause for which they gave the last full measure of devotion—that we here highly resolve that these dead shall not have died in vain—that this nation, under God, shall have a new birth of freedom—and that government of the people, by the people, for the people, shall not perish from the earth.

One hundred years ago, on Memorial Day May 30, 1922, the Lincoln Memorial was dedicated with those words etched in stone for eternity.  Yet for all its idealistic symbolism, even then its creators were trying to whitewash the history for which Union soldiers and Lincoln himself had given the last full measure of devotion as CBS Sunday Morning reported earlier this month.

Arlington Memorial Bridge connects The Lincoln Memorial to our country’s most sacred and hallowed ground, Arlington National Cemetery where more than 400,000 servicemen, servicewomen and our nation’s most honored are laid to rest in highest esteem.  But connecting those fallen and the millions of other Americans who made the ultimate sacrifice and now rest in cemeteries both here and abroad is the truth of history about the country they served.  There can be no greater dishonor to them than to hide, alter, or attempt to cover up the truth of America for which they died as many state legislatures have done and continue to. 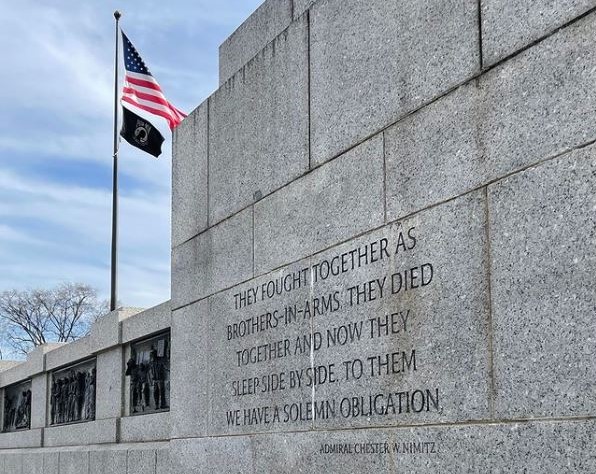 When President Biden lays a wreath at the Tomb of the Unknown Soldier in Arlington National Cemetery bear in mind, it was once Gen. Robert E. Lee’s plantation until he betrayed America leading the Confederate army’s fight to destroy this nation and keep millions of Black people enslaved.  360,222 Union soldiers died fighting him and his traitorous army.  To think, believe, or even worse, teach anything else is to disrespect every life lost and every family’s sacrifice to save our nation in the Civil War.

We often think of “memorial” as a static thing, an object, or to stop for a moment.  It is time we think of it as an action, a directed purpose, to honor and memorialize the fallen by protecting, ensuring, and fortifying our American democracy from within starting with truth.  The Union soldiers first honored in 1865 preserved this nation for us and generations since have protected it from fascism, communism, and dictators.  The greatest honor we could lay at their graves in memoriam is by actively engaging and participating in the democracy they defended.

Today when you hear “Taps” stop, reflect, and respect the sacrifice of the fallen; but let it also be the clarion’s call to protect truth and our democracy that these dead shall not have died in vain. 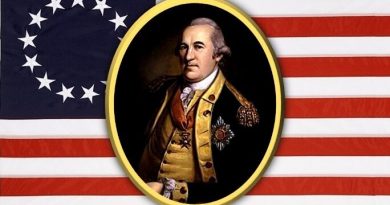 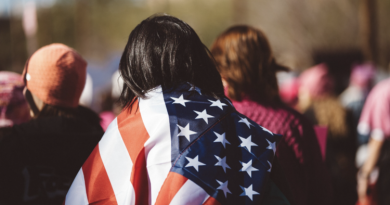 Migrants at The Gate, Give Hope To Those Arriving at Port Authority 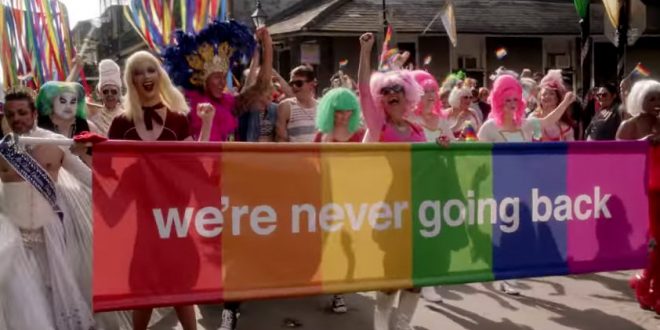