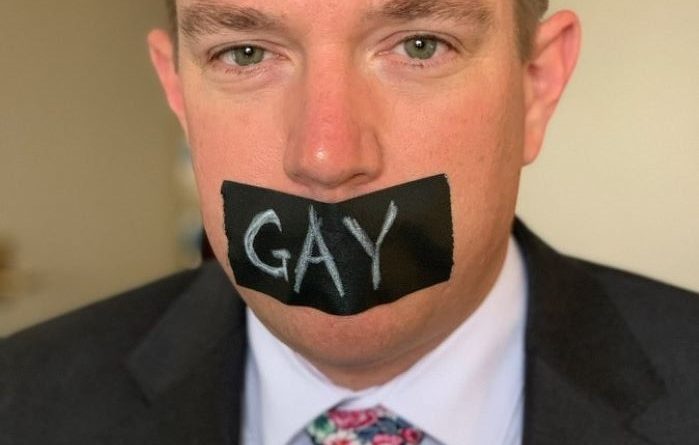 On March 8th the Florida Senate passed the “Parental Rights in Education” bill better known as “Don’t Say Gay” sending it to Gov. Ron DeSantis’s desk for signing into law within seven days.  This first of its kind law is by no means the last as similar laws are pending across the country and is sure to be copied in other Conservative controlled state houses.  Here’s a quick overview of “Don’t Say Gay” posted last month before the bill passed in Florida.

As with many laws being passed in states by the “new right,” Don’t Say Gay is designed to control, limit and/or diminish the voices and places in our pluralistic society of yet another marginalized community. The law attempts to silence and erase LGBT+ people by prohibiting discussions about them ie free speech, like similar laws have with people of color in history. What’s more it defacto deputize citizens to enforce the law by allowing them to sue anyone they feel violates it, as they did with Texas’s abortion ban controlling women.

In essence, the new right has set up terror tactics not unlike the recent “Fake News” law in Russia as to what can be said about Putin’s war in Ukraine. (That sentence is now punishable with 15 years in prison.) Even more so, the Third Reich demand all good citizens to report anyone they suspected of not being loyal and conforming to its laws. Republicans have one upped the Nazis by monetizing Christian White Supremacy with the ability to sue.

What’s truly insidious about Florida’s law is its intentionally vague langue.  On the surface it seems to be directed at the youngest school children in the state but look a little closer at the following clause. It’s easy to see how the law could be extrapolated to all grades. From Time.com

“The bill also creates a new avenue of litigation, as it potentially allows parents to sue the school district if they believe their children were provided inappropriate instruction about “sexual orientation or gender identity.” Advocates say that broad wording of the law could open the door for lawsuits about instruction provided in grade levels higher than the third grade.”

Trust and believe, Evangelicals with children at any age will object to anyone discussing anything even remotely LGBT+ positive.

As this heinous hate bill worked its way through the Florida legislature, the true repugnant nature of its supporters became crystal clear.  Their despicable words echoed the vilest homophobic lies and misinformation of  decades gone by. From a recent article Randy Slovacek posted about, Gov. Ron DeSantis’ Press Sec. Christina Pushaw equated LGBT+ people to pedophiles on The Randy Report .

“On Friday, Pushaw tweeted, “If you’re against the Anti-Grooming Bill, you are probably a groomer or at least you don’t denounce the grooming of 4-8 year old children. Silence is complicity. This is how it works, Democrats, and I didn’t make the rules.”

p.s. 7 Republicans in the House voted against the bill as well.

Recent polling shows only four in ten Floridians support the “Don’t Say Gay” bill, and nearly half – 49% – oppose it. So, Pushaw is talking about half of the state’s residents.”

If Republicans in Florida were actually concerned about keeping children safe from groomers and pedophiles then they’d be passing laws to keep Catholic priests 100 yards away from children.

The idea that LGBT isn’t permanent or “just a phase” again reeks of the Fundamentalist Christian belief in “pray the gay away” which created the harmful and life scaring “conversion therapy” with no actual basis in fact.

The kind of harm Don’t Say Gay laws create will be life changing and very likely life end too.  The scope of its influence goes from the most innocent and everyday to egregiously neglectful.  Imagine LGBT+ teachers forced back into the closet because they can’t have a picture of their spouse or family on their desk like other teachers. 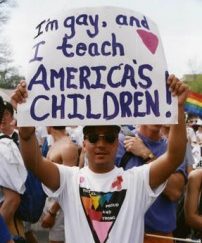 What happens to the kid who draws a picture of her loving, happy family with two daddies?  Is it banned from display and she’s told it’s because her family is not allowed?  When there is PTA open house is the boy with two mommies’ told to stay home because his family will be breaking the law?  When this inevitably spreads through the upper grades will LGBT+ students and parents be barred from graduation ceremonies?

This law is named “Parents Rights in Education,” but where are the equal rights in public education of LGBT+ parents who pay the taxes that fund the same schools?

This law is literally a fatal mistake.  The “different” kid who gets bullied and called fairy, sissy or faggot at recess or gym class will have no teacher to turn to for protection.  The one who is gender nonconforming and being beaten at home can’t ask their teacher for help anymore and  their teacher can’t ask if they’re safe.  More than 42% of LGBT+ youth who are questioning and/or coming to terms with their sexuality or identity have seriously considered suicide in the last year, that doesn’t count the ones who’ve succeeded. They’re 23% less likely when learning about it in school according to the Trevor Project.

Florida’s Don’t Say Gay law and the others like it are meant to minimize our Community and our kids are getting hurt and suffering in the process.  Just listen to out, Florida State Sen. Shervin Jones

NEW: Florida Senator @ShevrinJones tearfully asks his colleagues to approve an amendment that would have changed the nature of Florida's Parental Rights in Education Act – what you may know as the "Don't Say Gay Bill."

The amendment failed. Bill is expected to pass tomorrow. pic.twitter.com/xrUWO8YAaS

Sadly, the new right, especially Evangelicals, doesn’t care if LGBT+ people or our kids are hurt.  The truth is they believe there is nothing worse than being gay “for the Bible tells them so.” To their mind,

God made Adam and Eve.

We choose to be gay.

It’s not what God wants.

Therefore, we are against God.

As such, we do not deserve protections, rights, or equality.

This is not my opinion of Evangelicals; it’s my truth and my reality for I’m related to them.  I know how “divinely” right they believe themselves to be and exactly how hateful they are firsthand.

The codifying of Evangelical beliefs into laws is a weapon in the culture wars for political gain.  Look how it worked for the former President.  He is the living antithesis of everything Evangelicals stand for, but he gave them victories over the social issues they’d been losing for decades; so, the hypocrites worshiped him which is all he ever wants.  Now his likely successors are trying to out do him with even more draconian rollbacks and reversals of established rights what with a solidly conservative Supreme Court likely to endorse their religious hate.

What’s at stake are decades of progress in every aspect of life not only for our Community but for communities of color, women, and non-Christian faiths who are demonized more and more by the new right.  It sounds horrific and discouraging but here’s the reality. In Florida only 40% of voters support Don’t Say Gay; National 72% of Americans support protecting voting rights, and 78% support a woman’s right to choose.  The will of the people, the vast majority of the people, is on the side of progress and equality.

We cannot allow our lives and liberties to be hijacked by a regressive, religious driven minority party bent on autocracy.  We may be different communities, races, genders, faiths, with diverse tastes, goals, and dreams but together we are the majority in America and the authentic American ideal.  E Pluribus Unum, out of many, one; and the time is now for us, all of us to come together in action to put a stop to the rise of the new right before its hate erases us all.  As Benjamin Franklin said,

“We must all hang together or surely we shall hang separately.”

I #SayGay for the little guys out there, the marginalized and bullied, for the kids who don't belong at the cool-kids-table at lunch. You are perfect whether youre gay or straight, black or brown, man or woman. I'll always have your back. Be free and love fully. pic.twitter.com/FwI63JpEhq

Read our previous post,  The New Right and Its Threat to LGBT+ Civil Rights 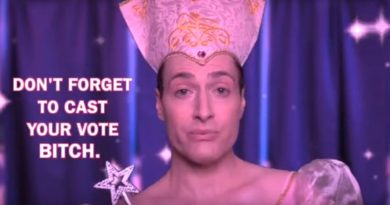 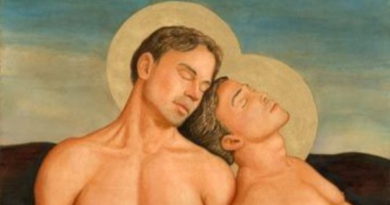 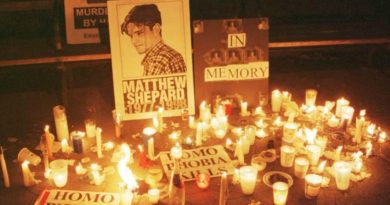