In an interview today from Munich with NBC’s Chuck Todd, Republican Sen. John McCain said, “When you look at history, the first thing that dictators do is shut down the press. And I’m not saying that President Trump is trying to be a dictator. I’m just saying we need to learn the lessons of history.”

“We need a free press. We must have it. It’s vital… If you want to preserve democracy as we know it, you have to have a free and, many times, adversarial press,” McCain added. “And without it, I am afraid that we would lose so much of our individual liberties over time. That’s how dictators get started.”

A previous Post article got to the root of being called an “enemy of the people.”

“His [Hitler’s] administration deployed this rhetoric to describe Hitler’s main enemy: the Jews. “Each Jew is a sworn enemy of the German people,” Propaganda Minister Joseph Goebbels wrote in 1941. “… If someone wears the Jewish star, he is an enemy of the people. Anyone who deals with him is the same as a Jew and must be treated accordingly. He earns the contempt of the entire people…”

Trump also loves to exalt his populous support (evidenced by his “campaign” rally Saturday); being one of the people (while being anything but); and his contempt for the elitist class like Hollywood and celebrities (though his winter palace, Mar a Largo chums would certainly disagree) much like Mao Zedong did.  As Zhengyuan Fu explained in “Autocratic Tradition and Chinese Politics”,

“Members of society are divided into two major categories: the “people” and the “class enemy.” People describes the in-group, within which are workers, poor and lower-middle-class peasants, soldiers and cadres. The “class enemies of the people” refers to the out group … a highly arbitrarily assigned group whose members are defined by the party state.

While the “people” are described in terms of “warmth, friendliness, candor, courage, and everything that is good,” the class enemies are depicted as “cruel, cunning, morally degrading, always scheming, and evil,”

Any of this sound frighteningly familiar?

Jonathan Karl on ABC’s “This Week” closed with these comments.

“I’ve reported in countries where leaders not only complain about a critical press, but also try to shut it down, throwing reporters in prison or worse. I’ve seen my colleagues risk their lives and, with increasing frequency, lose their lives in their pursuit of the truth. We are not about to stop doing our jobs because yet another president is unhappy with what he reads or hears or sees on TV news. There is a reason the founders put freedom of the press in the very first amendment to the Constitution.

As long as American democracy remains healthy, there will be reporters willing to pursue the truth, even if that means incurring the wrath of the most powerful person in the world. A free press isn’t the enemy of America; it’s a big part of why makes America great.” 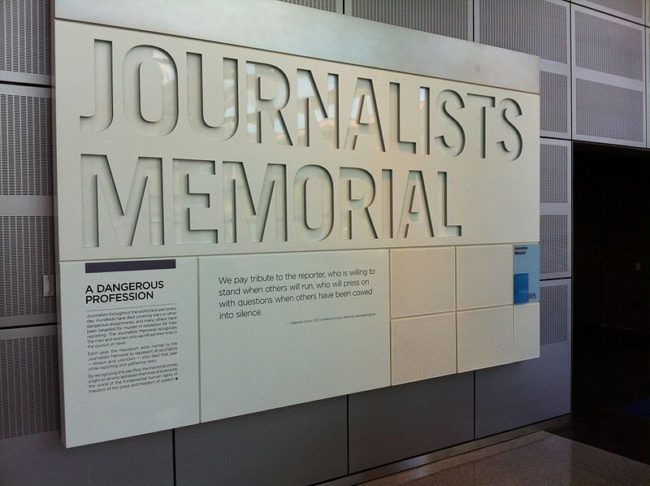