In what can only be described as the most cluster-fucked Presidential election, and unquestionably the most consequential election in American history, there’s no denying it has managed to drive political engagement like no other.  (Kinda like the way bad sushi drives the need for a mega roll six pack of charmin.) There have been star-studded voter registration drives; get out the vote campaigns of every stripe, and voter suppression efforts on steroids by Republicans at level of government as well as their dark forces fueled by the internet.

Eleven states have already begun early voting and eight more start this week.  Already, more than 3 million votes have been cast in person, absentee, and/or by mail.  The cataclysmic question remains, will they all be counted?

If anyone can breakdown the all the insanity, corruption, and a ever growing mountain of lies from the White House which makes Mt Everest look like a pimple on Trump ass, it’s Last Week Tonight with John Oliver.  What’s more, the Emmy Award winner can do it in a way that not only informs but won’t want to make you bang your head against the nearest culturally and racially insensitive monument still standing where you live.

Learn everything you ever wanted to know about voting, the election, and what’s on the ballot in your state and city but were afraid to ask at 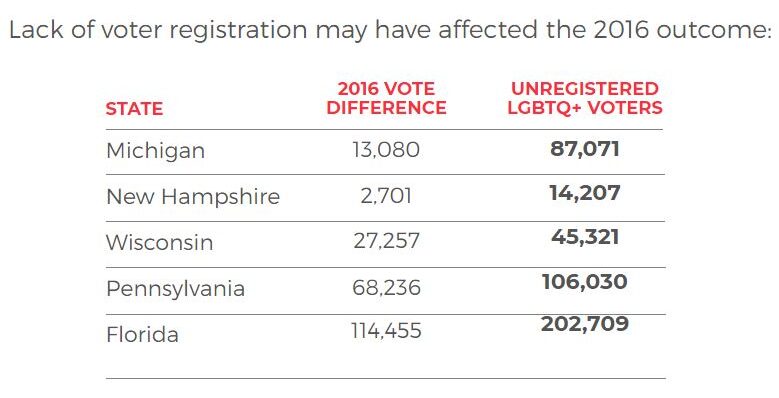 “Register to Vote Today, then March on the Polls with Pride November 3rd”

World AIDS Day 2020, Uniting and Surviving in a Pandemic