Next month will mark the fiftieth anniversary of legendary performer and gay icon, Judy Garland’s tragic and untimely death.  In front of an audience or on screen, she was a 4’11 paradox, a vulnerable force of nature, and a fragile powerhouse.  But out of the limelight, Judy was frightened and insure to the point of breaking.

Here is the Official First Trailer for JUDY

JUDY is based on Peter Quilter’ stage play with music, End of the Rainbow. Featured in the original play were many of Garland’s signature hits including

Renée Zellweger hasn’t sung on screen since she played Roxy Hart in the Oscar winning Best Picture, CHICAGO, so audiences could be in for another starturn performance come September. 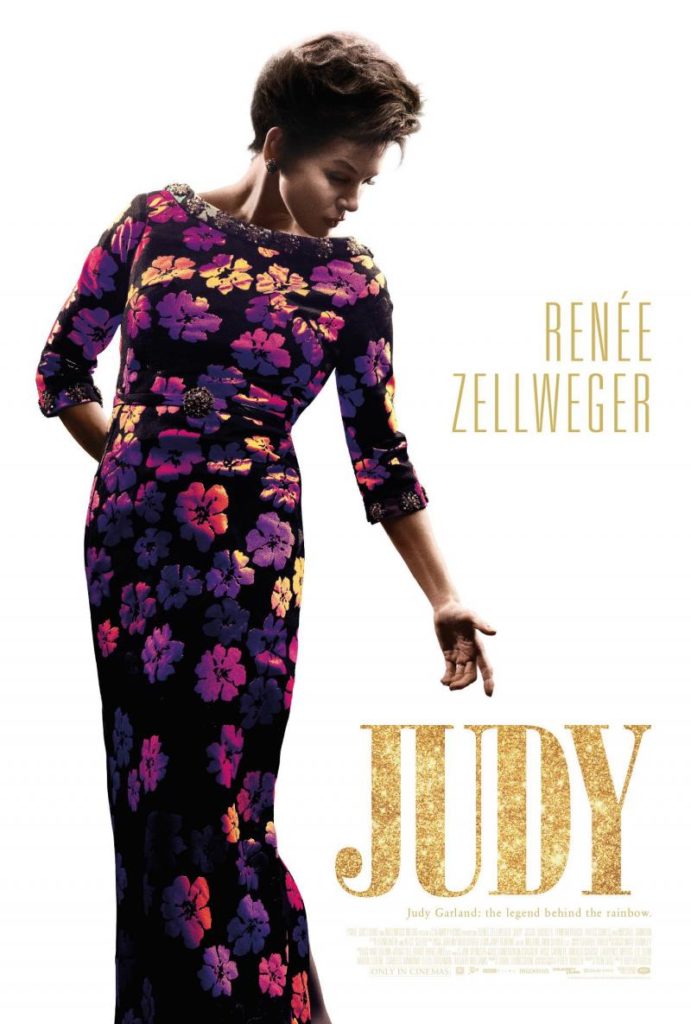