Broadway musicals and gay men go together like chocolate and strawberries; they’re just made for each other.  For generations their scores filled our ears with magically melodies and their lyrics filled our hearts with winsome words of love when our love dared not speak its name.  We understood the meaning of love songs like “We Kiss in the Shadows” and “Somewhere” in very personal, very profound ways.

For a place nicknamed “The Gay White Way,” it’s both shocking yet not surprising that the first time our love was in the spotlight, front and center, was only 37 years ago.  And when it was, it won six Tony Awards including Best Musical, running over 4 years and 1,761 performances.  (Apparently everybody does love a love story!)  Of course, that was La Cage aux Folles by the legendary Jerry Herman with a book by Harvey Fierstein. 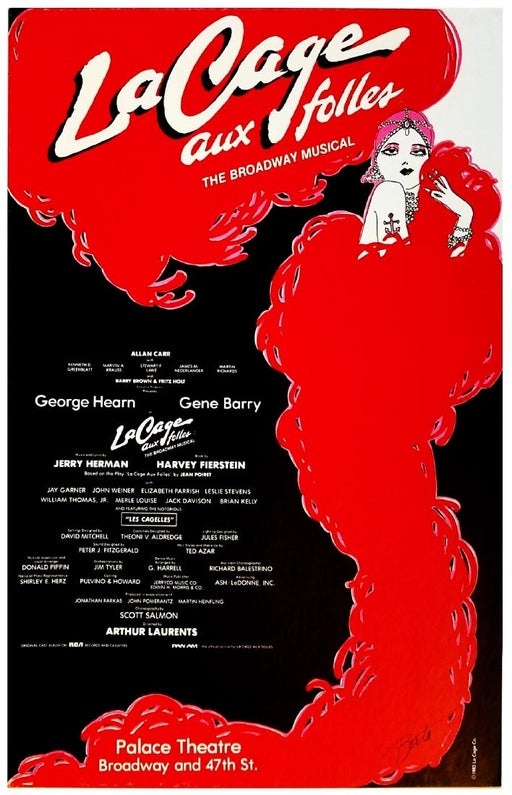 The score is filled with memorable and iconic songs but often overlooked is the love song, one like only Jerry Herman could write, Song on the Sand. Its significance in Broadway history and in our hearts is explained and performed by the original Georges, Gene Berry.

Nine years, an epic barricade, crashing chandelier, and flying helicopter later, a gay love story again returned to Broadway.  Falsettos won two Tony Awards opening the eyes of America to the love and family of gay men during the AIDS crisis.  The love song from act 2, “What more can I say?” sung by Marvin lying in bed with his sleeping boyfriend was “shocking” (to anyone who wasn’t gay).

One good love song deserves another, and Falsettos saves the best for last. (Nick Adams and Max Von Essen stars of the revival’s national tour sing “What would I do?”)

Four years later, Broadway was rocked by the seismic hit, RENT which widened the scope and diversity of gay love again.  The ill-fated love between a black man and a Latina drag queen is overcome by the optimism of what they have together here and now in, “I’ll Cover You.”

By simply changing to gospel chords, “I’ll Cover You” becomes an entirely different kind of love song in Act 2.

Spring Awakening won 10 Tony Awards in 2006 for its bold musical exploration of teenage love, sexuality, and coming of age.  Based on a 19th century German play banned for its taboo subjects, Word of Your Body touches on the forbidden love growing between two boys in school.  The fully accessible 2015 Deaf West Broadway revival enhanced the tension, longing, and love through the use of American Sign Language. 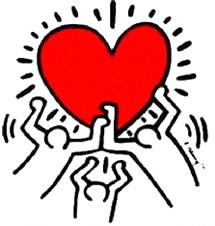