New York City goes by many names, “Center of the Universe,” “Crossroads of the World” etc., but to experts in the field of parapsychology aka ghost chasers it’s called, “the most haunted city in the world.”  Nowhere is that truer than the birthplace of the our Community, Greenwich Village.  Before heading down to the 46th Annual Village Halloween Parade on Sixth Avenue, maybe you should be aware of the actual spirits you could encounter on the dark streets in the wee hours of the night.

Beneath one of the most popular and highly traversed places in all of the city, rest more than 15 – 20, 000 corpses.  Originally a potter’s field, it was later the site of mass graves used to bury victims of a yellow fever epidemic that ravaged the city.  It was here too on Sunday afternoons during the 1800’s that Manhattanites gathered to taken in the public hangings.

This macabre playground for mortals and phantasms alike is none other than Washington Square Park.  The 330-year-old tree from which scores of condemned met their fate still stands today.

With such a gruesome history and legions of dead under a plot of land measuring but four-square acres, spectral promenades and convocations in the park have created a lengthy record of sightings over the centuries.  (After a hundred years or so, every body needs to stretch their legs.) As such, it’s considered the most haunted site in the city.

The thirst for attention remains unquenched even after death with the list of New York’s society spirits reading like a Boo’s Who of the underworld. Many of the Village spirits are quite famous with numerous numerous haunted hangouts, including the house where Edgar Allen Poe penned, “The Raven.”  Tragically, New York University demolished the structure at 85 w Third St in 2001 and quoth the raven nevermore.

Writers in particular seem to be a restless lot in the hereafter as many of them make return visits to the here and now like Dylan Thomas.  In the throes of depression, he expired after drinking 18 shots of whiskey at the White Horse Tavern on Hudson Street in 1953.  To this day, he is frequently reported to appear and rotate his favorite table in the corner, just as he did in life.

Another “ghostwriter” hot spot is 14 W 10th St., formally known as the Mark Twain House.  Built in 1855 the townhouse comes with wall to wall bad karma as nothing has ever been right there.  Reported to be haunted, an unflappable skeptic Twain and his wife took up residence in the winter of 1900, but less than a year later abruptly moved out again.  It was widely believed at the time that she had suffered a nervous breakdown caused by the presence of a malevolent spirit also residing at the address. 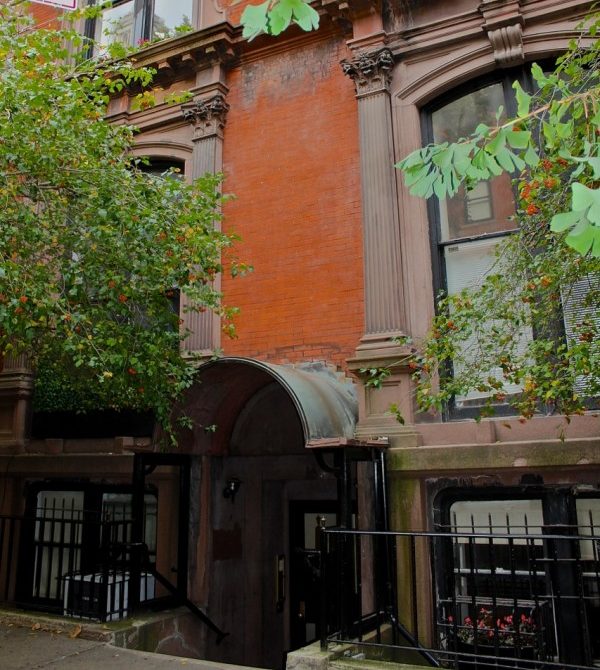 Since the 1930’s there have been numerous accounts of a gentleman with wiry white hairy and moustache seen descending the staircase.  A 1974 New York Times article quoted a noted psychic and current resident as having too had seen Twain’s apparition.

The residence’s infamous history and reputation have only continued to grow due to whatever dark forces are at work.  It was at this address that Joel Steinberg and Frieda Nussbaum lived when he beat their adopted, six-year-old daughter to death in 1987.  The horrific murder caused a huge outcry shocking even the most jaded New Yorkers. 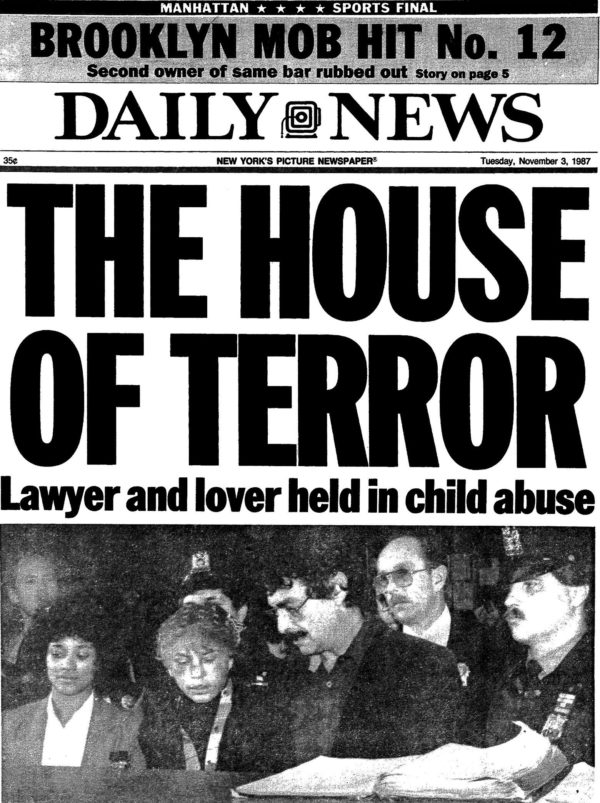 Since it was first built, 22 lives have come to an end at the residence dubbing it “The House of Death” to this day.

Often the reason for a soul remaining on the mortal plain is a bond of love that cannot be broken.  Remember that the next time you take heart’s devotion to the restaurant universally referred to as the most romantic restaurant in New York, One if By Land, Two if By Sea. 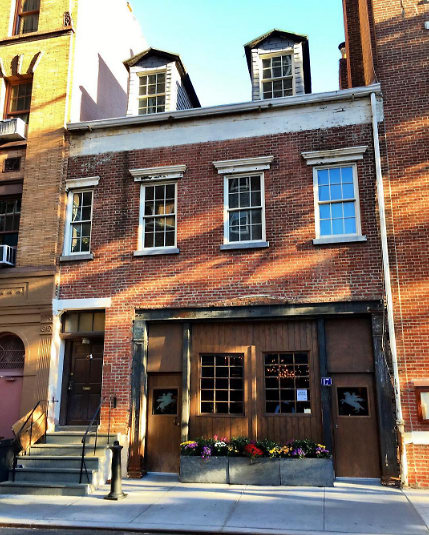 The landmark has two spooks du jour on their menu:  Aaron Burr, owner of the estate long before food started being served in his carriage house, and Theodosia his beloved daughter who was lost at sea as a young girl.

In keeping with his cantankerous mortal persona, Burr’s ghost has been known to send stacks of dishes crashing to the floor and pull chairs out from guest as they sit.  If you’re going there to pop the question (as is often the case) best to bear that in mind so you don’t end up on your ass instead of one knee.  Theodosia takes after her father and enjoys being a prankster as well by popping off earing of ladies seated at the bar.

By all accounts Gay Street in particular is overrun with ghostly inhabitants. Residents, paranormal investigators and visitor alike have all reported encountering a multitude of apparitions over the years and most likely holdovers from a morgue dating back to the thoroughfares earliest days  There’s the French diplomat who claims to have been kidnapped and tortured; a gentleman dressed to the nines in a top hat and tails who simple smiles and vanishes; and a young woman from the prohibition era (a speak easy called the Pirate’s Den once operated there as well).  Reports of encountering with many of these OG villagers are frequent still today.

In particular, the four-story house on at 12 Gay Street, once home to Mayor Jimmy Walker, seems to be the epicenter of ghostly activity.  As it turns out, the aforementioned “dapper gentleman is quite polite and will knock on the door and wait, then vanish when it is opened.  But actually, he’s slipped inside and is frequently seen ascending the staircase.  A most unusual manifestation in the house is the odor of frying onions when no one is in the kitchen. 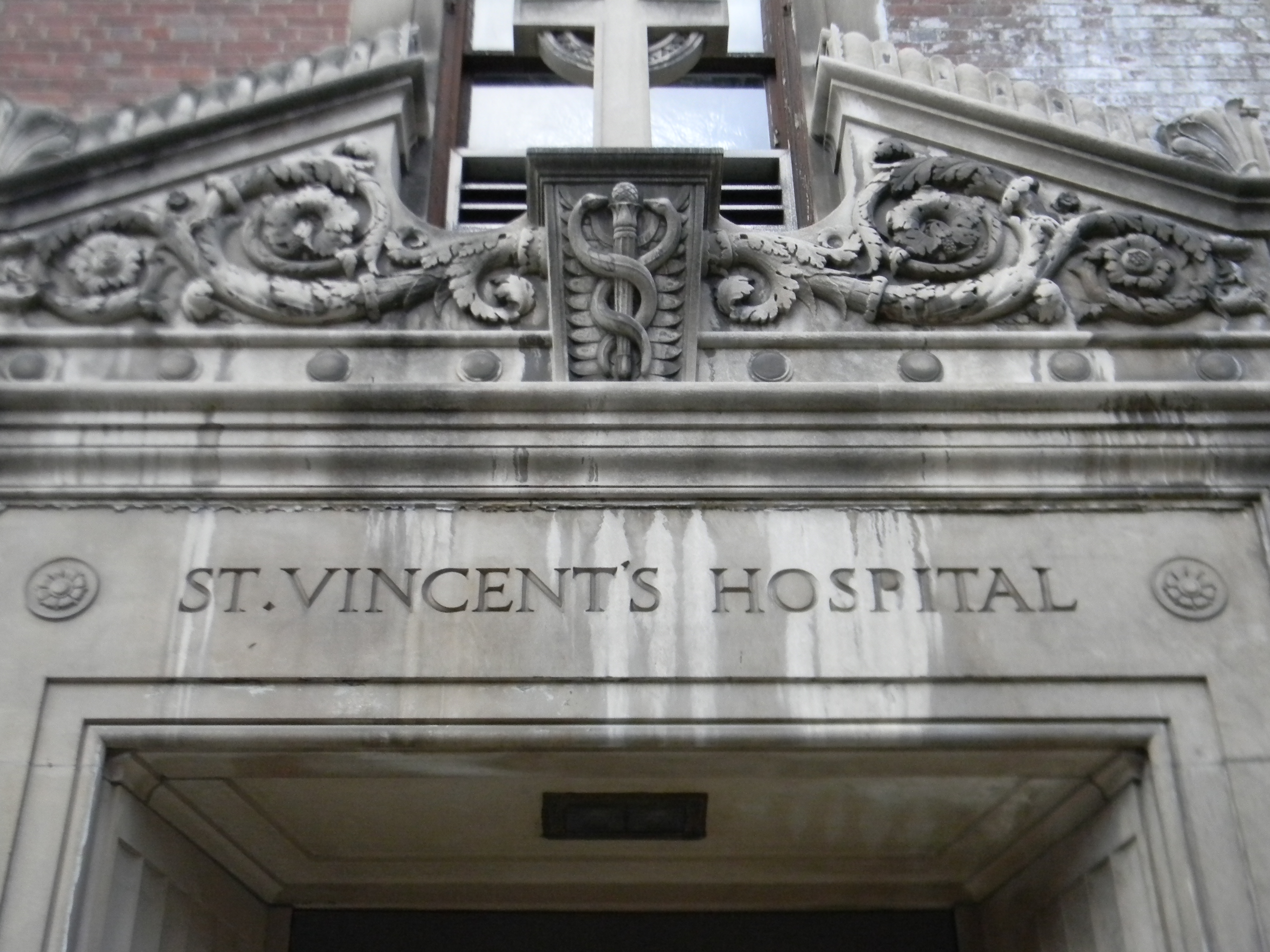 Given the Village’s history of its deceased continuing to inhabit the mortal plane, there is one residence not even a free luxury home for life could lure me into.  It’s St Vincent’s Hospital tuned condominium. Founded more than a century and half ago to combat a cholera epidemic, St Vincent’s was the epicenter of the AIDS crisis in NYC. Thousands of gay men lost their lives at the caring and compassionate hospital before it was sold to the highest bidder in 2011.

Would you want to live with angry gay ghosts haunting your house?