To most Americans, Cleve Jones is an unfamiliar name, but after tonight’s premiere of ABC’s landmark LGBT mini-series When We Rise, that will certainly change.  The four night event is based on his memoir, When We Rise: My Life in the Movement.  To many LGBT Americans, he is known for his other landmark creation.

Weighing an estimated 54 tons, it is the largest piece of community folk art in the world, the “NAMES Project AIDS Memorial Quilt” was conceived in 1985, by the activist and co-founder of the San Francisco AIDS Foundation.  It is a living tribute to those who died at time when families and friends could not hold proper memorials because funeral homes and cemeteries were refusing AIDS victims.

Drawing his inspiration from people lost to AIDS whose names were written on sheets of paper, and taped to a building, Jones saw the patchwork design, but on a grander scale; 3’x6’, the size of a human grave and sewn together as one.  Displayed for the first time in1987 on the National Mall in Washington DC, the NAMES Project was nominated for a Nobel Peace Prize, and the documentary “Common Threads: Stories from the Quilt” won an Academy Award in 1990.  Last seen in its entirety in 1996, sadly it has become too large to ever be displayed completely again.  Yet, it is estimated that The Quilt only represents 20% of those people lost to AIDS. 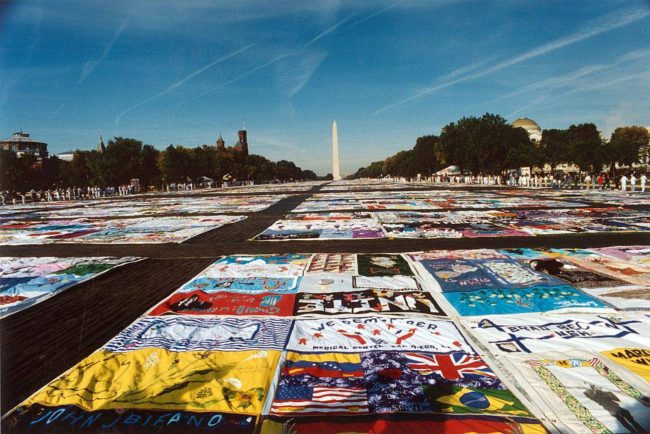 “My memory of it, when I think back, it seems like it was just an avalanche.  It was like one week we’d never heard of it, and the next week everybody started to die.” — Cleve Jones

There’s still time to host a viewing party for tonight’s premiere of When We Rise on ABC at 9/8c.  Why not share this historic television event with your family and friends?

Read our previous post “When We Rise: Our LGBT Family History in America’s Living Room”  HERE 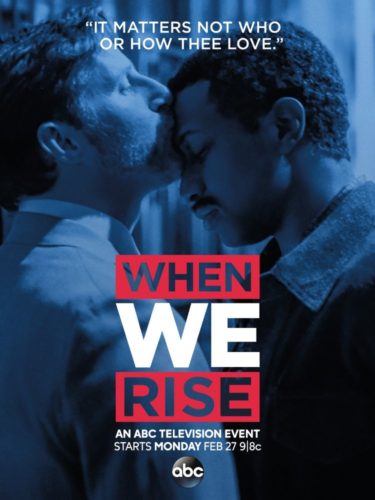 the OUT Front with John Lewis

Sounds of Pride: When “Love is in the Air,” Tea Dance Classics make a “Perfect Day”