Much ado has been made recently about the gay character in the live action remake of Disney’s Beauty and the Beast  that opens today.  Malaysia and Russia are banning the film; a theater in Alabama is refusing to show it; and the American Family Association is so furious it’s boycotting Disney and producing its own “godly family films” as we’ve previously reported.

But Disney having its first character “come out” front and center is not some publicity stunt; or a long awaited reward to all the LGBTs who grew up finding safety, comfort, and identity in their animated classics; but a powerful tribute to the lyricist of many Disney classics, the late Howard Ashman.

“To our friend Howard, who gave a mermaid her voice and a beast his soul, we will be forever grateful.”

This is how the dedication reads on the original 1991, Beauty and the Beast, the first animated feature ever to be nominated for a Best Picture Academy Award. But Howard Ashman also helped give a genie his magic and a carnivorous plant its menace.

Together with composer Alan Menken’s melodies, his bright, insightful, and often poignant lyrics took on lives of their own, giving life to some of the most endearing characters to grace the stage and screen in the last 35 years.  In less than a decade beginning in 1982, he wrote lyrics and/or books for eight different musical projects; winning two Oscars for Best Song; one of them posthumously for “Beauty and the Beast,” which he worked on while battling AIDS before his death at the age of 41.

Howard Ashman came home to the stage in 1994 when Beauty and the Beast opened on Broadway and ran for 13 years; becoming 10th longest running musical in history and is still touring internationally. 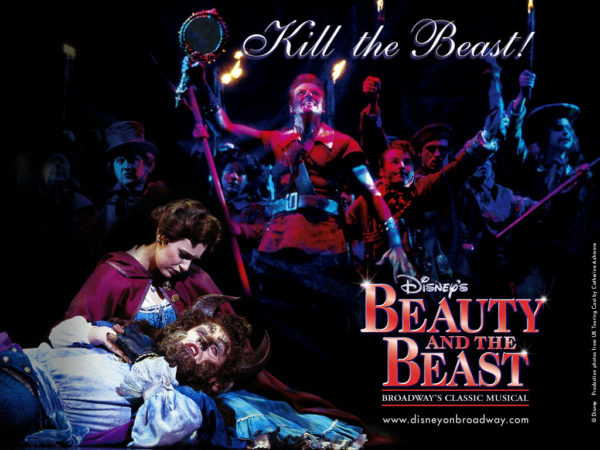 Twenty six years after the animated film, the live action Beauty and the Beast has an even greater tribute to its lyricist.  According to Vanity Fair,

“As Ashman was battling for his life, the stigma of being both gay and sick in the early 90s crept into his work. “It was his idea, not only to make it into a musical but also to make Beast one of the two central characters,” Condon explained. “Until then, it had mostly been Belle’s story that they had been telling.”

“Specifically for him, it was a metaphor for AIDS,” Condon continued. “He was cursed, and this curse had brought sorrow on all those people who loved him, and maybe there was a chance for a miracle—and a way for the curse to be lifted. It was a very concrete thing that he was doing.” Ashman wrote the film’s now-famous lyrics while he was dying in his home, attended by a private nurse paid for by Disney studio chief Jeffrey Katzenberg. Ashman died before Beauty and the Beast was released in theaters, and the end credits of the animated film pay homage to his legacy.

That’s the gift, ultimately, that Disney and Bill Condon are giving Ashman: something more. LeFou is a side character, yes, so we can consider this a first, small step—and Condon never says in the interview that LeFou’s sexuality is specifically a tribute to Ashman. But whatever his feelings for Gaston are, presumably Gad’s LeFou doesn’t have to hide them in code, the same way Ashman used metaphor to grapple with AIDS. In fact, you can see his flirtatious affection in every inflection of this new version of “Gaston.” In this increasingly progressive Disney, there appears to be room for gay men and women to join generations of frustrated princesses, lonely Beasts, and dejected street rats who have fallen in love. It’s a tale as old as time, really—one that’s at last being told.”