Anyone who’s paid attention to what Donald Trump said knows, he lies so often his tongue could be used as a corkscrew.  The Washington Post has kept a database of false or misleading statements made by POTUS and is now in excess of 20K lies or more than 12 times a day.

Admittedly, all Presidents have knowingly told lies, even George “I cannot tell a lie” Washington which in and of itself was a lie.  And while most Americans are in fact morally and ethically opposed to lying especially with our elected officials in whom we have bestowed public welfare and trust, it turns out there are exceptions. There are times when it’s acceptable and even necessary for reasons of national safety and security.  TheConversation.com explored the subject in this article.

As Michael Cohen stated in his book, Trump is “a liar… who attempts to profit off of his lies.”  Here’s the rub, Donald Trump is not even good at lying!

“The only thing worse than a liar is a bad liar.”

And yet, with all of his lies, his obvious and unadulterated lies, Trump has managed to amass a shockingly large base of supporters aka cult who can’t tell shit from shinola.  Can there really be that many stupid people in America?

Turns out, Don the Con may have more going on than meets eye.  Michael Kosta of the Daily Show with Trevor Noah decided to take a look at the man behind the curtain with three professionals who know how to pull the wool of the eyes  of MAAAGA. 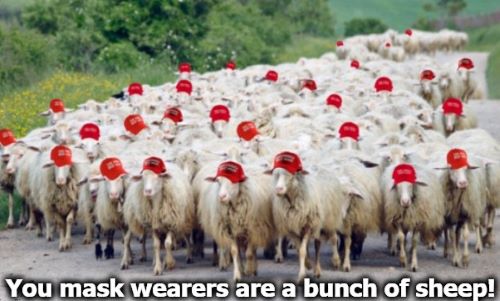 “You can fool all the people some of the time

and some of the people all the time,

but you cannot fool all the people all the time.”

Canada’s Justin Trudeau stands up for LGBT Equality and Pride