While it seems like a lifetime, it’s actual only been 38 days into America’s self-inflicted punishment for eight years of recovery, decency, and progress towards a “more perfect Union.”  Adding to our country’s downward spiral to yet a lower circle of Hell is tonight’s failing  @realDonaldTrump address to a joint session of Congress on national television.

But short of a miracle like laryngitis (Black Jesus, hear my prayer?), President Bannon’s burnt sienna Golem will flood the airwaves with his Alt Right propaganda, delusional “alternative facts,” and nationalistic fear mongering.  Red-necks, White republicans,  and true Blue Evangelicals will  be having a simultaneous orgasm  while raising their right arms to  swear their loyalty oath.

It promises to be an unqualified horror shit show of Apocalyptic proportions, and we’d rather do just about anything else than sit through it.  In fact, we made a list.

Perform a drag act on Russia’s Got Talent

Give oral sex to a cactus

Shave our balls with a cheese grater

Do gender reassignment surgery on ourselves from a YouTube video 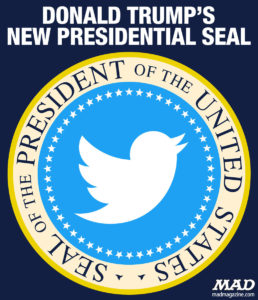